Sometimes we just need to relax our brain, have fun with cool and great games, one of which is Fifa 16, you will agree with me that Fifa has been one of the greatest game makers around, however I would have rated a 100 lol if only fifa 16 was made to be an offline game with an online features, at least that would seriously solve the issue of server failure while playing.

How to get it done ??  Download the fifa 16 data from the link below, so also the apk, thereafter you extract your downloaded data, and move the fifa 16 data folder to obb folder in your SD card, path is SD card/ Android / obb Now install the apk file, mind you, it is worth mentioning that fifa 16 is over 1.4gig of size and runs best on some selected phones, most especially a 1.4gh octer core processor coupled with ether a gig ram or 2, but preferably a 2gig ram minimum, not to also forget you need a stable and strong network for smooth running of game.

Few great thing you can do on Fifa 16

BUILD AND MANAGE YOUR ULTIMATE TEAM
Earn, trade, and transfer superstars like Lionel Messi, Jordan Henderson, and Juan Cuadrado to create your own fantasy team. Choose your play style, formation, kits, and more, then balance player chemistry for the strongest squad compositions.

REAL WORLD FOOTBALL
Choose from over 10,000 players from over 500 licensed teams and go to battle against other players from real leagues in real arenas from around the world. Recreate challenges from current live-event football matches, too, with Dynamic Accomplishments. 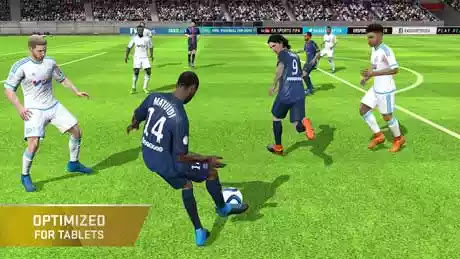 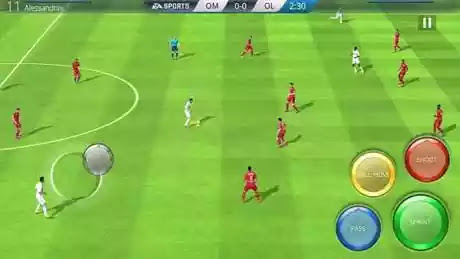 PLAYER EXCHANGE
Now trade players and items you no longer need for a chance of unlocking something better. The higher value items or players you trade, the better the upgrades you’ll get back! Ready to play the beautiful game, wherever you are? Get FIFA 16 Ultimate Team now!

The Download link is made possible by : Revdl Note from time to time we will keep you updated in the world of games, so you get to enjoy your smartphone much more than you used to, there’s no crime playing one of this games when you are less busy, but dont play while driving ooo…