The world lightest and most compact Mac notebook ever introduced
Apple released just of recent a set of newest and improved MacBook to its ultra-thin and light laptop line, including an extra hour of battery life, newer processors, better graphics card, and faster flash storage. The new apple MacBook is said to last about 11 straight hours on battery, which is an impressive improvement as against that of the 11-inch Macbook Air; However it is an hour less than the 13-inch MacBook Air. But Apple (AAPL, Tech30) didn’t neglect its MacBook Air, giving the 13-inch model a boost in memory. The new MacBook Air start with 8 GB of memory, making it comparable to the new MacBook. 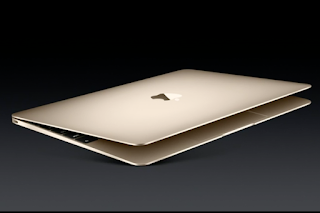 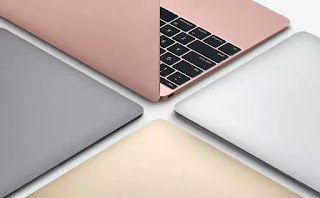 The company has earlier unveiled its redesigned laptops last year, touting their slim profile, fanless construction, Force Touch trackpad, and universal USB-C port. The body of the MacBook is tapered like the body of the MacBook Air. But the new MacBook is thinner and lighter than the MacBook Air.they also stated on their blog that ” its goal with MacBook was to do the impossible: engineer a full‑size experience into the lightest and most compact Mac notebook ever.”  Which literally meant reimagining every element to make it not only lighter and thinner but also better.
You can however read full report on its blog