Where are all the Priv users in the house, am sure many have been so keen to upgrade theirs to the latest Android 6.0 Marshmallow, After several weeks of the android 6.0 marshmallow for the BlackBerry Priv being in beta testing stage, the update is now officially being made available.
Some hours ago, Blackberry announced that it’s first smartphone to be powered by android is officially receiving the marshmallows. If you are owing an unlocked version of the BlackBerry Priv, you may have received the marshmallow update. If you haven’t, it should be available very soon. 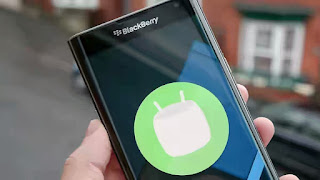 In addition to the android marshmallow update being rolled over to the Priv device, BlackBerry has promised to also push an update monthly for security patches on the devices.
Other blackberry enhancements like updated BlackBerry keyboard, updated launcher (home screen now easier to work with and customize), more notification available in BlackBerry hub and improved battery life has been put in place.
As we have stated earlier, if you are owning an unlocked blackberry Priv, by now you should have received  the android 6.0 marshmallow update. If you haven’t, be patient, you’d get it soon. Other carriers will be getting the update starting from the 3rd of May.