The first episode of the new season 6 of Game of Thrones reportedly recorded over 1million illegal downloads.
It is believed that Game of Thrones has been the most pirated TV series, according to Torrent Freak, a publication that covers file sharing and copyright. One very shocking news about this is that about 200,000 BitTorrent users shared the very first episode of the season 6 the morning it was aired.
The report shows that Close to 50 per cent of the illegally downloaded copies were in HD.
Despite the high volume of downloads, the new episode failed to beat the record set by the last episode of season five. 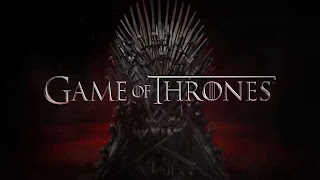 The top countries to download the episode of Game of Thrones were Australia, India, the US and the UK. The UK was responsible for 6.9 per cent of the downloads, compared with 12.5 per cent coming from Australia.
The UK is probably one of the worst offenders, as this data was taken in the hours after the show first aired at 2 am, and doesn’t take into account the downloads that happened throughout the next day.
According to Torrent Freak, the download numbers are higher than those for any recently released TV shows. But the 1 million downloads in half a day doesn’t come close to the 1.5 million of the last episode of season five.
Those of you that maynhave seen the episode, do you mind narrating to us what went down?? And most importantly is John Snow alive??