Samsung wont seize to amaze me, just few weeks ago, they released one of their best Smartphone ever, which happens to be the almighty Samsung S7 edge, According to report Samsung will produce a foldable smartphone which is of 5-inch but 7-inch when unfolded by next year.

How will you feel if there’s a folded or foldable smartphone by next year, well Samsung plans to introduce new dimension to smartphone technology, however we shall await 2017 to conclude.

Samsung reportedly invested into several technologies that are needed to build foldable smartphone. Internally, it is being referred to as ‘smartlet.’ The device can bend a screen in half by using OLED Display. One can carry it like a wallet and use it by opening it.

“Development of foldable OLED is taking place according to our plan. We are planning on mass-production and release of this product by discussing with our partners,” Lee Chang-hoon, director of Samsung Display, said in January this year.

A representative of the industry was quoted saying, “although mass-production cannot be concluded hastily since Samsung Electronics still has few other major tasks to complete, I have heard that Samsung Electronics had made considerable amount of results in the time being.” 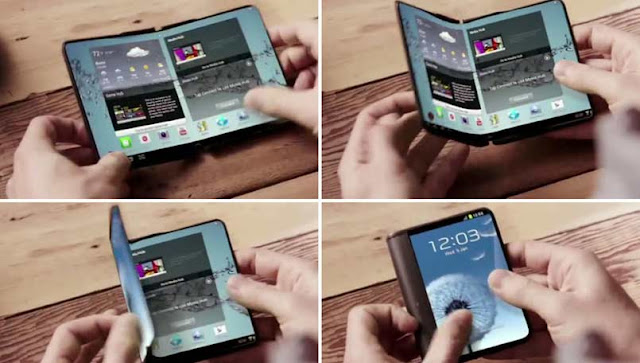