TECNO seems to aim at being totally in control of the Nigerian Smartphone market, with the advent of the indiscriminate release of its products, Just within few weeks, a couple of nothing less than 3 Android devices has been released, talking about the likes of TECNO Boom J8, TECNO W4, TECNO L8 and now TECNO Droidpad 8D (8II). 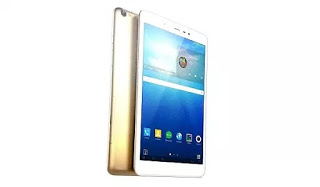 Its an 8-inches tablet with IPS capacity touch screen. Run on Android 5.1 Lollipop out of the box. Thou I was expecting it to run Android 6.0 out of the box but my assertion was wrong, however what am yet to understand is why Tecno seems to believe releasing a Gig ram device in 2016 is the best, we have so many of their 1gb ram smartphone and I just dont understand the idea behind this motive, while people are complaining of a 2gb ram not sufficient enough thereby moving forward to a 3gb ram device, tecno is busy dishing out a gigabit ram smartphone every now and then, this is 2016 for goodness sake.
Well, dont let me pour much anger on the ram, lets quickly move further to other functions, The Tecno DroidPad 8D is powered by by an MTK 64-bit Quad Core Cotex processor clocking at 1.0GHz with a monster 5,000mAh battery,
The Tab however has a nice feel and currently supports 4G LTE. See some of the specs below
Display
Screen size : 8 inch HD
Screen resolution : 800 x 1280 PX
Dimension : 211 x 123 x 8.3 mm
Operating System
OS : Android v5.1 Lollipop {HiOS}
CPU
Processor Speed: 64-bit Quad-core 1.0 GHz Cotex-A53
Processor Name: Mediatek MT8753P
Graphic Processor : Mali-T720
Camera
Front Camera : 2 mega pixels with soft flash
Back / Rear Camera : 5 mega pixels with autofocus LED Flash
Memory
RAM : 1 GB RAM
Internal Storage : 16 GB ROM expandable through external microSD card up to 64 GB
Cloud Storage: Google Drive
Network Connectivity
Compatible with just GSM, 3G and 4G network
Sim slot: Dual Sim card {MicroSD card & Standard Sim}
OTG , WiFi, Bluetooth
Body & Colour
Build: Metal unibody
Colours: Champagne Gold; Grey
Battery
Fast Charge; Reverse Charge (powerbank functionality)
Battery: Non-removable Li-ion
Battery capacity is 5,000 mAh

Price of Tecno droid pad 8D in Nigeria and Kenya

What do you think about this tab?? And also about tecno frequent 1gb ram smartphone being released almost every time

This website uses cookies to improve your experience while you navigate through the website. Out of these, the cookies that are categorized as necessary are stored on your browser as they are essential for the working of basic functionalities of the website. We also use third-party cookies that help us analyze and understand how you use this website. These cookies will be stored in your browser only with your consent. You also have the option to opt-out of these cookies. But opting out of some of these cookies may affect your browsing experience.
Necessary Always Enabled

Any cookies that may not be particularly necessary for the website to function and is used specifically to collect user personal data via analytics, ads, other embedded contents are termed as non-necessary cookies. It is mandatory to procure user consent prior to running these cookies on your website.