When Technology meets the present even the future needs are provided for, this is simply the story behind any technological gadgets, you just cant have it all, one moment it is the self driving car, the other mins it is the self inject this or that; Many years ago we would never have thought of something called a wrist watch not along a watch which also serve as a smart phone. 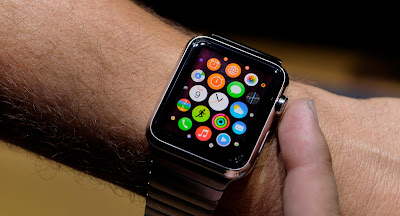 We were able to get a few reviews from one of our friends TechsNG, and he dropped his opinion about the smart watch as seen below

As you may have seen from the video, the User Interface was a bit too small to be termed useful. Although the touchscreen at some point actually worked, we cannot term it as responsive. I mean, for the first few seconds, we could see him struggling to bring out the start menu.

You may have seen the motor that kept touching the crown on the Apple Watch in the video, that is intended to make the screen not turn off so that slow response time could be avoided.

You may be wondering how Nick Lee pulled that off. Well, he basically used a WatchKit app and was able to revise thereby allowing him to install the Bochs x86 emulator. Nick Lee posted some codes on GitHub just in case you intend creating time to experiment on your Apple watch (Do so at your own risk). techsng.