You heard it all, the new edition of the Samsung Galaxy S7 edge is made for those batman(injustice) fans, besides you too can order for one you don’t only get the smartphone, you also get the Samsung Gear VR, Injustice Game credit and Oculus VR content vouchers all included in the package. The new edition referred to as the Injustice edition, is all dressed up in black featuring some gold detailing and a batman logo at the back which is also in gold.

South Korean company, Samsung, in a press release stated thus:
“We are excited to partner with Warner Bros. Interactive Entertainment and offer a special edition of Galaxy S7 edge for fans of Injustice: Gods Among Us. Samsung always seeks to provide the best mobile gaming experience for its users, and this partnership reinforces our commitment to the game’s fans.” 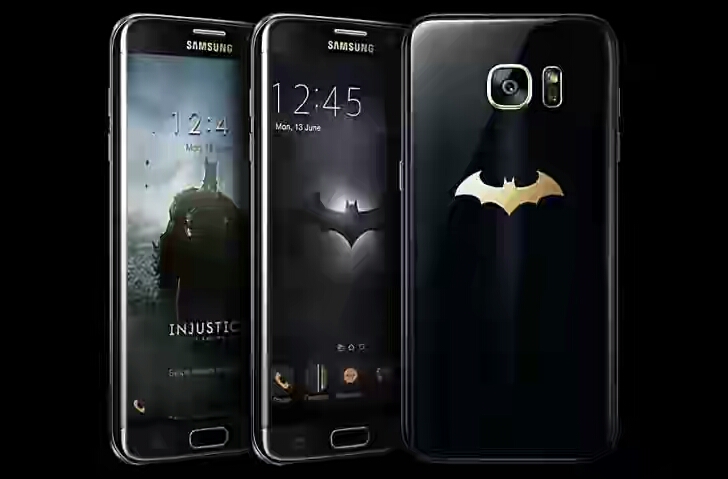