Apple iPhone SE, the new IPhone SE 4-inch apple device that offers brilliant and best alternative to the widely recognized Apple’s flagship iPhone 6S and 6S Plus is set to officially goes live at the ICONNECT STORE LEKKI AND SPAR HYPERMARKET VI LAGOS ON JUNE 18 AND 19 respectively.
The Apple IPhone SE Launch which is expected to attract iPhone and Apple enthusiasts, Students, as well the tech-savvy across Lagos and its surroundings
Must Read  : Tecno Camon C9 Live on Konga – See Price 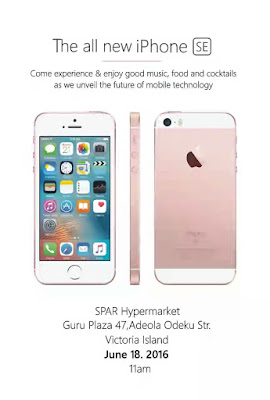 According to Apple Inc the iPhone SE is a fusion of the iPhone 5 and iPhone 6 generations of devices, taking the size and design of one and the latest specs and capabilities of the other. Apple has named the iPhone SE “the most powerful 4-inch smartphone ever.” 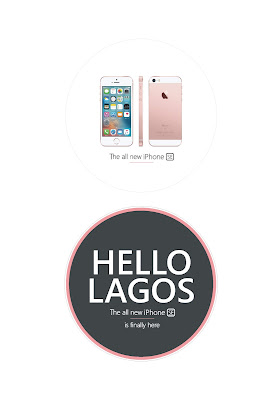 “iPhone SE is an exciting new idea — we started with a beloved, iconic design and reinvented it from the inside out. The result is the most beautiful and powerful phone with a four-inch display in the world,” Phil Schiller
.

Related : How to Share Glo Data With Up To 3 Other Glo Subscribers
There you have it, you can equally Follow the conversation on social media #NigeriawelcomesiphoneSE