That awkward moment that your friend operates your smartphone only to rush straight to your gallery to see what you have got there, it can be a bit annoying at times but the are friends, what about trying to keep some picture private, in such a way that it get hidden, wont that be great? or you have some “personal stuff” on your Android device and most of the time it ends up in foreign hands, it’s better to hide those personal data instead of being embarrassed.

Android does not recognize files if they are stored in a folder named “.nomedia” (without quotes). So all you have to do to hide your files is put all your stuff in a folder and then create a new folder in that existing folder and name it “.nomedia” (again, without quotes). Now apps like gallery, video players, or any other photo or video viewing apps will not be able to read those files stored with a .nomedia folder.

How To Hide Your Files In A Folder

In order to view those hidden files, you’ll have to open that folder using a file explorer. So, in short, by using .nomedia folder you’ll hide your files from other apps but can access them via a file explorer.

See : Why you need a Smart Watch: See 11 Benefits Of Using A Smart Watch

How To Create A Separate Folder 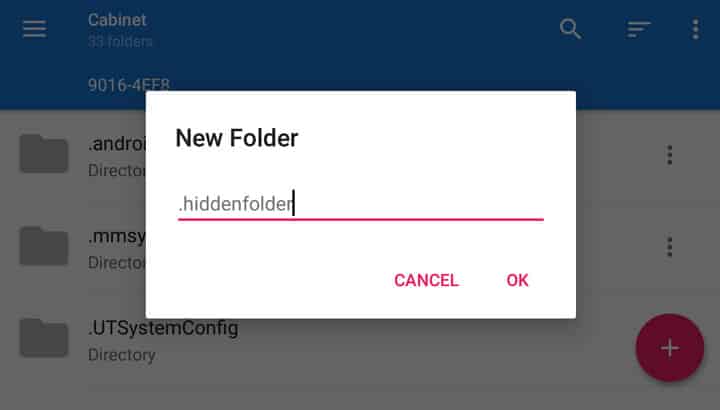 Recommended :  Read 10 Internet Facts Everyone Should Know
As mentioned in the first technique, Android, by default, does not recognize folders that begin with a dot (.). So instead of creating a hidden folder in an existing folder we will create a new hidden folder altogether. To do so,
You have successfully created a hidden folder. Now store anything you want in it.

The benefit of this technique is that the hidden folder cannot be seen even in the file manager. To access this folder just enable “show hidden folders” option in your file explorer’s settings.