Recalled for some times now we have been updating you about the latest and most powerful smartphone to be released by Infinix which is tagged the infinix hot s, well we now have full and confirmed specification of the hot s as made available by infinix. and in 4 days time the device will finally be launched for smartphones lovers to have a peak of it.

The Infinix hot s as you all know will come with a finger print scanner, making it infinix first device to ever come with such, interestingly the device has been launched in Egypt by infinix mobile on the 20th-July-2016, the hot s is however packed with lots of new exciting and unique features such as the Virtual Reality technology and fingerprint sensor (finger scanner) as stated above.

Must See :  The New VR gadgets- Essential gadgets to have in 2016 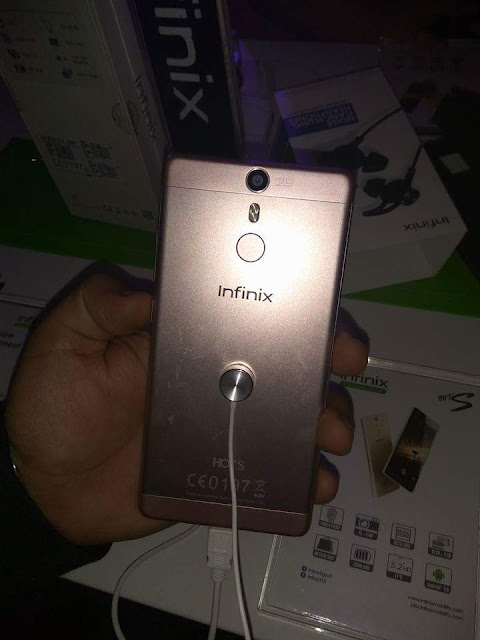 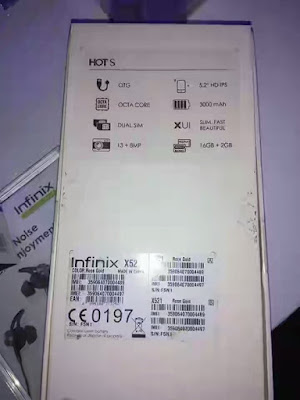 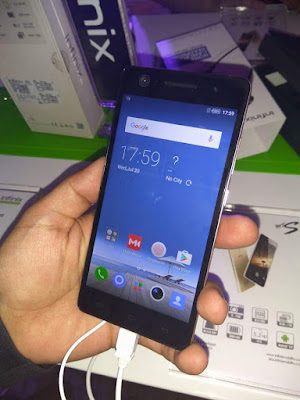 This infinix hot s will be the first ever infinix smartphone to come with a Virtual Reality technology feature. the hot s X521 comes with 5.2 inch full HD display with a 424 Pixels Per Inch giving you both quality and clarity all at the same time. The device as dual sim compatibility which supports 4G LTE connectivity, and it also has various other connectivity options which include 3G, 2G, Wi-fi, GPS, GPRS and Bluetooth.

Infinix Hot S x521 packs 16GB/32GB of internal storage (Phone storage) and can be further expanded up to 128GB with micro SD card. Also, supported with 2GB/3GB RAM. Meaning that, Infinix Hot S has two variant of RAM & ROM which are listed below:

The hot s comes pre-installed with Android 6.0 Marshmallow with XOS. It is the fastest OS available in market yet. The phone is however powered by 3000mAh battery capacity and also has full aluminum body.

We are glad to inform you that the much awaited hot s has finally been launched, The much talked about Infinix Hot S x521 is now available for grab… Incredible 120° wide angle shot for selfie lovers, Finger print scanner, 5.2 inches that fits into your palm and lot more.

The current price on Jumia Platform is N45,500. It is time to change your old smartphone to something exceptional like this one