You would recall the first Android one smartphone in Africa was the Infinix Hot 2 which became one of the best selling smartphone in Nigeria, In case you don’t know what Google Android one I will be nice enough to explain briefly, Google Android one project is aimed at providing mid-range Smartphone to users at an affordable price, it said to provide its smartphone at price not exceeding 100$.
You may also read ; How to use glo new cheap data plans On Bb10
Infinix Hot 2 during is time of launch sold at 99$ / #19,000, it later rose to the been a bit expensive at #24,000 but still, it remains one of the cheapest android phone around, despite the economic downturn in Nigeria. Well lets go back to the subject matter.
Check out : Infinix Hot S X521 – The latest Infinix Smartphone to hit the market
For a while now we thought Google’s Android One project was no more? Well, sorry to disappoint you all, as Google Android One still lives on but this time with a new smartphone manufacturer sharp to unveil Sharp 507SH to Japan, it will interest you to note that Google’s initiative to providing sophisticated android phones at relatively affordable prices isn’t dead as another Android One phone is set to hit the smartphone market in Japan with Sharp 507SH. 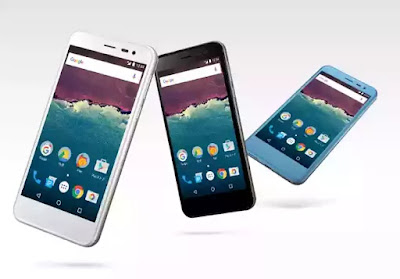 This time around Google is collaborating with Sharp and Y! Mobile, just like Infinix Hot 2 with which it was Google and Infinix, well they are set to launch the Sharp 507SH and going by the specs, the device is going to be pretty interesting.
Read : Samsung Galaxy C5 and Galaxy C7 now Available in China
Google First Android One smartphone in Japan is said to be Sharp 507SH just as the infinix Hot 2 was the first and so far is the only Android One smartphone in Africa.
Full Specifications of Sharp 507SH;
– 5.0″ IGZO LCD display (1280×720) with 2.5D glass – and Corning Gorilla Glass 4
– Snapdragon 617 processor
– Android 6.0
– 16GB storage / 2GB RAM
– 13MP rear / 5MP front camera
Recommended : Oukitel U13 Pro coming With 7000mah battery, FingerPrint Scanner.
– micro SD slot
– 3010mAh battery
– LTE with VoLTE
– Bluetooth 4.2
– IPX5, IPX8, and IP5X certified water and dust-resistant (no port covers).
However there has been no price yet regarding the smartphone. But the Sharp 507SH is expected to hit the market in Japan sometime this month being July.