Recalled the Nokia C1 we told you about some days ago, well this two new Nokia Android Phone is a bit different from the C1 but not far fetched from the first Nokia Android render we gave to you few months back. The news however making wave is another nokia android picture render, which is happens to be the line up android smartphone soon to drop from the smartphone giant,
Nokia has seriously been working on massive come back ever since their end game with window, which to me still looks like a waste of time, Nokia could and would have gone far to being the people choice for android if they had gone for android instead of the Windows, but then its long overdue.
Check out : Nokia C1 the first Nokia Android Smartphone
According to the reports from Gizmo China, two smartphone from Nokia appeared in a leak and both the phone have different sizes. the two phones will feature 5.2 and 5.5-inch display. Both the phone will be running on latest Android 7.0 Nougat (Android N). 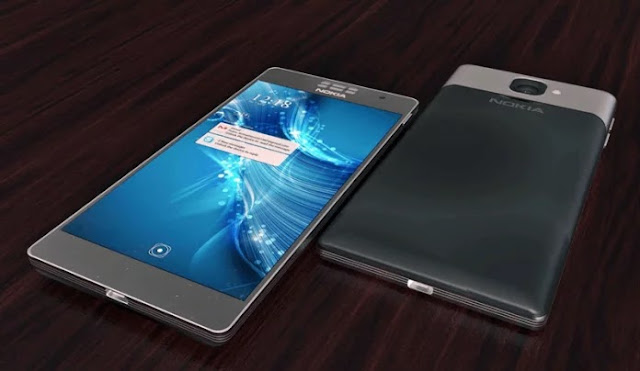 The two upcoming smartphone from Nokia will have premium metallic design and the famous Nokia feel. Both the smartphone will use 2K Display resolution and will be running Z-Launcher UI based on Android Nougat. Android N is likely to launch this year in the month of October. So we can presume that Nokia phones will debut after the launch of Android N.
Must Read : Infinix Note 3 X601 The Next Big thing to happen
The key feature according to the leaks are the two upcoming smartphones from Nokia will be powered by Snapdragon 820 chipset and IP68 Waterproof and dustproof protection will be implemented. IP68 Dustproof and waterproof protection are currently available in Samsung Galaxy S7 and Samsung Galaxy S7 Edge.