3CHub Celebrates 3rd Year Anniversary with a very enticing strategy giving its customers massive discounts on most of its products, In case you don’t know, they are one of the biggest smartphone store in Nigeria, with their stores located across most major cities in the country, both at Lagos, and Abuja among several other cities in the Nigeria.

The last we had of such a massive discount was few months ago when it celebrated its opening of a new store in Abuja, which gave out over 50% discounts to its customers on the ever famous Huawei G-Power.

3CHub Celebrates 3rd Year Anniversary, Give its customers massive discounts on all products 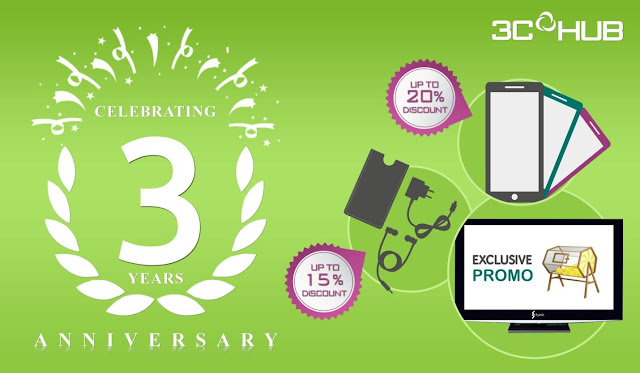 As one of its activities to celebrate its 3rd year anniversary this year, 3CHub would be offering huge discounts to its customers on products ranging from smartphones to phone accessories, this was however made known by Mr. David Olamilekan, Digital Marketing Manager of the store.

In his words, “We would like to appreciate all our loyal fans and customers over the years for their faithfulness and their staying with us”.

Interestingly, Mr. David Olamilekan also added that during this 3rd Year Anniversary 3CHub would give out gifts to every customer who purchases any products from the store during the anniversary period.

i want to believe this massive discount would cover most of its products ranging from the biggest smartphone in Nigeria Tecno and of Course Infinix products, thou we might be wrong on that but its all what you should expect, the last offer from the 3CHUB gave out Huawei G-Power.for half of its price.

On a final note, this massive discount offer would come to an end on 31st of this very month ( August ) and it will be wise you take advantage of this offer while it runs. Hurry and grab that your favorite gadgets before this offer is over.