Google Duo Video Calling App that was announced sometime ago during the i/o conference has finally been launched officially, this was mad known yesterday on its blog and now users can now rush either to Google Play store or iOS store to download theirs.

Google Duo is the latest video calling app, and it is made available for both Android and iOS users. the new app comes in a more complex way, giving its users the best video calling experience. one of the very few unique features about the duo is its simplicity, end-to-end encryption, and of course being able to use even with poor internet connections.

There’s also a Knock-Knock feature that allow users detect who’s calling before they answer a call, one thing that isn’t so common on most video calling apps around. you will get to read more about this below 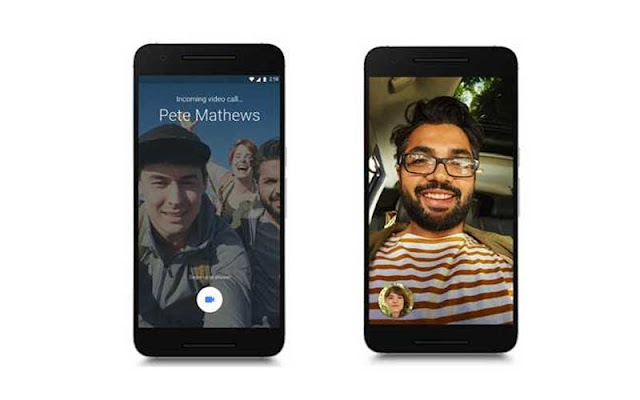 Google Duo has two main features which gives it an edge over others. one of it as mentioned above is that the video calling app is believed to be “fast and reliable” even with a relatively poor internet connection. It can easily switch between Wi-Fi and cellular data without dropping yout call and can “gracefully degrade” the video when bandwidth gets low.

The other interesting feature on the Google Duo is called “Knock Knock,” which display live video from your contact on the incoming call screen before you even answer the call. Knock Knock however doesn’t work on iOS yet. similarly, Google made it known  that “all Duo calls are end-to-end encrypted.” just as highlighted above.