iOS 10 Beta 5 for developers was recently released to prospective users who will love to have a feel of the new upgrade, this was contained in a document made available by Apple, as extrected from the document, you can read few things pointed out below:

iOS SDK 10.0 beta 5 provides support for developing iOS apps. It’s packaged with a complete set of Xcode tools, compilers, and frameworks for creating apps for iOS and OS X. These tools include the Xcode IDE and the Instruments analysis tool, among many others.: Apple

With this software you can develop apps for iPhone, iPad, or iPod touch running iOS 10. You can also test your apps using the included Simulator, which supports iOS 10. iOS SDK 10.0 requires a Mac computer running OS X v10.10.3 (Yosemite) or later : Apple 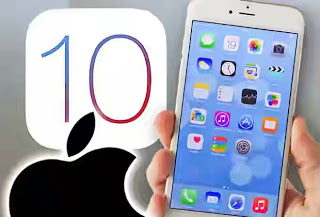 However, the iOS 10 Beta 5 will be rolled out for users already running the beta 4 via over the air update ( OTA ) while users who isnt on the beta 4 would have to download the full rom for upgrade. interestingly, the new update comes with amazing features not seen on the previous update but few bugs are yet to be fixed.

The latest beta build comes with a lot of improvements and fixtures in areas including:

Beta 5 also comes with an all new app, and it’s for kids. Swift Playgrounds is an apps which cam be used by kids for learning coding in more a funfair way.

In case you happen not to be on the beta 4 which will be getting the update via OTA, all you need do is to sign up as apple developers if you not one yet, thereafter you will be provided with the download link with which you can then proceed to download your new beta 5.