QuadRooter Malware is the latest android virus in town now, report has that the malware has affected over 900m android smartphones around the world, sounds scary right ? well next time you want to download any app you better stick to Google Play Store.

What is Quadrooter malware? this are set of four vulnerabilities that affect Qualcomm chipsets at the driver level. Qualcomm chipsets which happened to be one of the very common chipest used in (like 65%) Android handsets and so there is a good chance the phone you are reading this on, is affected.

With Quadrooter, a hacker could inject an app with malware, somehow try and trick you into installing it to root your phone, unknowingly you then proceed to root your phone and access all of the fun inside. You can imagine how that would be bad, right? 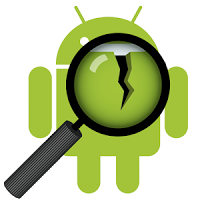 Funny enough even the self acclaimed most secured smartphone in the world right now Blckberry DTEK50 isn’t safe from this, just as stated above, before such malware can get access into your device, you must have been tricked into downloading the already patched malicious app, thereby giving the hacker full access to your device.

Qualcomm was however notified about the vulnerabilities found in its chipest as far back as April this year. The company came out to say it has fixed all known bugs at its end and patches were handed over to customers.

While fix for three vulnerabilities have already made it to recent Android monthly security updates released by Google, one is still outstanding – it’ll be be included in the September update.

How Do I Know If My Phone is Affected?

Go to playstore and download Quadrooter scanner app to scan your device if you are running Qualcomm chipset.

What can you do to protect my phone QuadRooter Malware?

The usual stuff. For one, don’t download shady apps onto your phone. Another way is to stop downloading pirated app  and only download apps directly from Google Play.

That’s right, Google Play is still a bit safer for installing legit apps, also ensure you carefully read through permissions as you install apps, just in case something slipped by Google just to be sure that a the app you are attempting to install doesn’t get full control over your phone for no just reason.