The Infinix latest smartphone has been flying around for awhile now, but today we present you the Unboxing Pictures of the note 3, you would recalled we gave you a hint about this device few weeks ago, and we are glad to let you know you can rush to Jumia or Konga to purchase yours

Interestingly, the note 3 comes in two variant, one with 2GB of ram but isn’t 4G Lte supported, while the other with 3GB of ram and of course 4G Lte enabled, however both variants comes with finger print scanner.

Shall we just take a quick recap of Infinix note 3 spec before we proceed to the unboxing, the device is a 6.0 inch smartphone just like the note 2, unlike its predecessors, this time around infinix decided to make this an all metal body, giving it a premium look.

Another upgrade the note 3 has over the former aside from the fingerprint scanner is its 4500Mah battery and of course 5MP Front facing Camera for selfie lovers..

you can check here for full spec, without any further ado, lets move straight to infinix note 3 unboxing

The Note 3 comes in a well packaged, beautiful flat light blue square box unlike the boring infinix note pro, well right on it we have the figure 3 boldly written on it likewise you have infinix well spelled out at the side of the box..

Upon opening this beautiful case, lies the phone itself, in a well champagne gold coated all metal body design

As usual we have the Infinix earpiece, usb cable , power adapter and the note 3 user manual. upon  opening the the Infinix Manual you will find the film glass protective screen guard and of course injector pin.

Well right in front of the screen we have the ear speaker smartly placed in between the 5mp front facing camera and front facing flash led, another feature lacking on the note 2, as expected we also have the notification led light.

While at the back we have the 13mp rare camera and just below it lies the back flash led and of course the flash led is followed the Fingerprint scanner. but hey, i cant help notice the note 3 looks more like one of Letv smartphone, you want to know which? don’t worry later .. 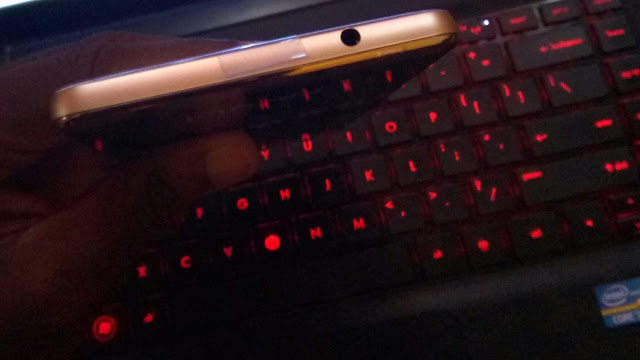 There you go, you can purchase the note 3 for just #54,700 mind you that is the 2GB variant oo, but if left to me, i still prefer the note 2 lte to this, aside from the fingerprint which you will end up not using later, i dont see any fuse about the device if you be buying the 2gb ram.. my 2 cent though,

well in case you have purchase the phone or consdering doing so, its a nice and lovely device i must say, so after setting it up, you can download First Touch Soccer 2017 ( FTS 17 ) and enjoy an all new soccer game, far better than fifa