Apple iOS 10.0.3 update for Iphone 7 and Iphone 7 Plus was 2 days ago released for Apple latest device the update is said to fix the device connectivity ( network ) issue

The Apple iOS 10.0.3 update is one major update Iphone 7 users were eager to receive, though the company didn’t made much noise about it, the smartphone users had previously been faced with a major bug being sudden lose of network connectivity

No doubt the Apple iOS 10.0.3 update will definitely fix the sudden lose of network being experienced by some iPhone 7 as well as iPhone 7 Plus users

Surprising Apple also rolled out an update for its Classroom app that is expected to fix issues with the device education app not detecting other student devices.

The update is however not that much of a size about 76mb and is expected to fix major issues as regard iphone 7 network problem, though the company had earlier released some fix updates for the device

Are you still experiencing the sudden lose of network even after updating your iPhone 7 to iOS 10.0.3 update if so you may kindly share via the comment section

we might just be able to help you look around for likely possible fix, but we believe the recent update should fx the issue 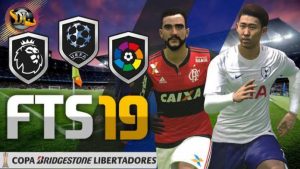