Latest reports from NCC Suggest Telcos has lost over 5.6 million subscribers in about 30days. The March subscribers data was recently released by the Nigeria Commutation Commission NCC.

Personally, how this came to be still remains a misery, but then, one may liken such lost to the country economic situations, which has left many users stranded, some literally abandoned their line 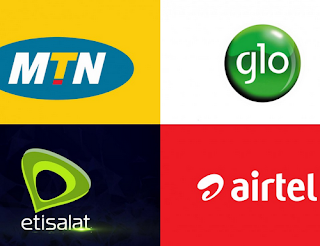 The companies on the other hand, seems not to be helping the situations, with its high data plan coupled with poor network signal, rather they prefer dishing out millions of dollars to already made celebrities as against improving on their coverage..

According to reports made known later in April this year, the active mobile voice subscriptions in Nigeria crashed from 154.4 million in March to 149.2 million.

GSM companies, like MTN, Etisalat, Globacom, and Airtel were responsible for this. In March, active customers was further decreased by 3.2 million on the 151.9 million subscribers earlier recorded.

Result reveals  that across all the four groups of subscribers, such as the code division multiple access (CDMA), fixed wired/wireless operators and GSM, as well as the Voice Over Internet protocol (VoIP), only  the GSM segment was responsible for the crash in the subscriber base.

Looking at this closely, you’d noticed the same result recorded in March was similar to that of April, when the CDMA operators had 217,566 ( Multi- Links had 4,460 while Visafone had 213,106 customers) users.

One major aspect that seems to increased was the landline users, those using Multi links and Visafone rose to about 1,304 users.

Now you might want to ask what actually happened, did the over 5.6 Million subscribers stop subscribing or did they just stop using internet ??