Android Phone that can make calls without battery surfaces online At Washington University a research project is in progress. A research that could change the way we use our smartphones to make calls. This project’s process does not really need a battery to make call. 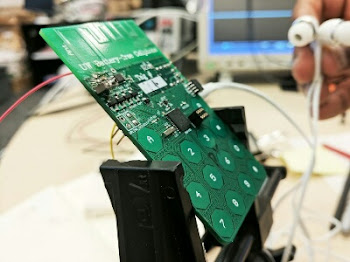 This idea is from a researcher at the university’s lab for computer science and electrical engineering called Joshua Smith.

Smith imagine a cell phone that can continue sending text messages and taking selfies after the battery has discharged.

He spent so many years to create the project and beyond the basics of making a phone call.

The concept is that technology can be developed, and has already began to developed, technology that can draw energy from the surrounding environment and wireless transmission signals – which Smith calls “backscatter.”

Backscatter is motivated by ideas used by Soviet Spies during the cold war, which Smith heard from his father – who was a spy at that time.

The spies used insect that were controlled by specific radio frequencies which were used to transmit data via a reflecting process.

By working out how to control and improve the process using modern hardware and software solutions, Smith’s team was able to create a possible base station that could shares into modern cell towers.

For now, the team concentrate on communicating through calls,  which are one of the most power ways to communicate with a smartphone.

For example, an e-ink display could be used to keep text messages up and running in a low-energy way.

Smith has already developed the first call using the technology. But for now it’s still analog, which means it works in a two-way radio where talking and listening cannot be occurring, and the sound quality is very poor.

The current form the phone leaves quite a lot to be desired.  Check out its current form in the image above, it’s  a board with a keypad and LED lights to  show when one of those keys is pressed.

The changes to technology are very necessary when first developed. At Washington University the team will work out the plans and the smartphones manufacturers will find a way to blend it.

The communications people make every day with their devices may continue without the need for wall sockets or battery packs.